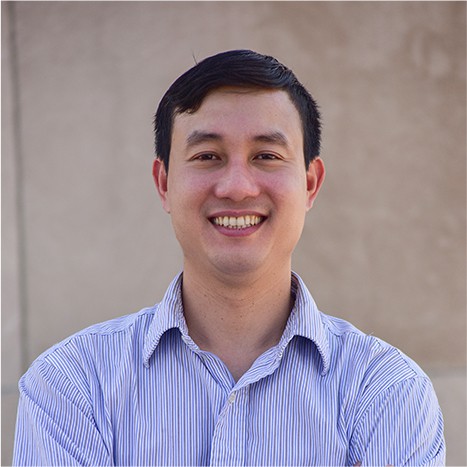 Thong qualified with a BA in Architecture from Ho Chi Minh City University of Architecture in 2003. After five years of work in architectural design in his native Vietnam, he moved to the US, where he completed a Master of Arts in Architectural Studies at the University of Missouri – Colombia in 2013. His varied work includes everything from the design of chapels to Buddhist libraries, as well as a vast range of residential and other projects. He commits to each project right from the initial sketch, pushing to go deeper in detail with his superb modeling and rendering skills.

From an early age, Thong was inspired to consider architecture as a career, thanks to his father’s friendship with noted Polish architect Kazimierz Kwiatkowski, who spent many years preserving Vietnamese monuments, many of which were later given UNESCO World Heritage status. Hearing regularly about Kazimierz’s work during his childhood opened Thong’s eyes to the wonder of architecture and planted an early seed for his career prospects. Most recently, his work (and life) have been influence by Chuck Feeney’s ‘Giving while Living’ philosophy.

Thong brings a blended knowledge of real estate development in Vietnam and the US to his role at B+A Architecture. This varied experience has given him a broader picture of how to make a project happen, not just from an architectural design viewpoint but from a planning, financial, entitlement, permit and construction perspective. He is a natural problem-solver, focusing on positive solutions in even the most challenging situations. He loves to explore new design techniques and management processes that can make the architectural design process more efficient. He also delights in seeing his designs built and knowing that he played a role in their creation.

When he’s not designing, Thong loves to read and to play with his children. To indulge his creative side, he plans to take up watercolor painting as soon as time allows.